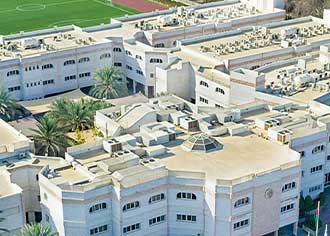 Welcome to ISC-Muscat, a member of the global SABIS® Network. We are dedicated to helping every student achieve success in an ever-changing world. 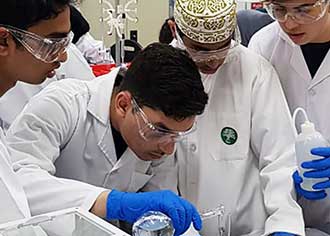 Our team of teachers and staff is committed to providing an optimal learning environment that nurtures academic achievement and enables students to reach their full potential. 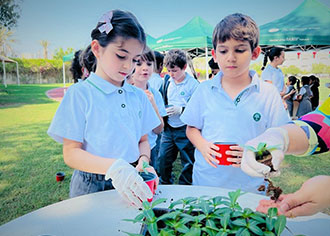 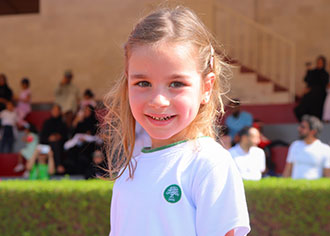 Our school is an excellent choice for parents who are looking to offer their children a top-quality, international education in a safe and nurturing environment that will prepare them for success in college and beyond.

The International School of Choueifat ‒ Muscat celebrated its 4th annual DELF (Diplome d’Etudes en Langue Française) ceremony that was held on Wednesday, November 2, 2022. The event took place in the school’s auditorium with the special presence of the French Ambassador in Oman, Her Excellency Mrs. Véronique Aulagnon; in addition to a number of distinguished guests from the Ministry of Education in Oman, the French-Omani Center, and the French-Omani Friendship Association. The event was also a great opportunity to bring students, parents, school administrators, and teachers together to celebrate their success and receive their DELF certificates.
The ceremony started with the National Anthem, followed by an introductory speech from Mrs. Azza Bustami, the Head of the French department, and proceeded with a speech from the school’s Director Mr. Armen Mansourian, through which he welcomed the guests and highlighted the importance of learning new languages. Consequently, the Ambassador thanked the school for promoting and motivating children to learn French as a 2nd or 3rd Language which will benefit them in having the opportunity to pursue their undergraduate degree in France. The event continued with a musical performance where the students chanted French songs, followed by an astonishing musical piece performed by Woroud Al Shukri.
The event was crowned by moments of pride as the DELF graduates received their certificates from the Ambassador. The ceremony ended with a reception.
The ISC-Muscat team looks forward to celebrating this occasion next year.
SABIS® Digital Platform